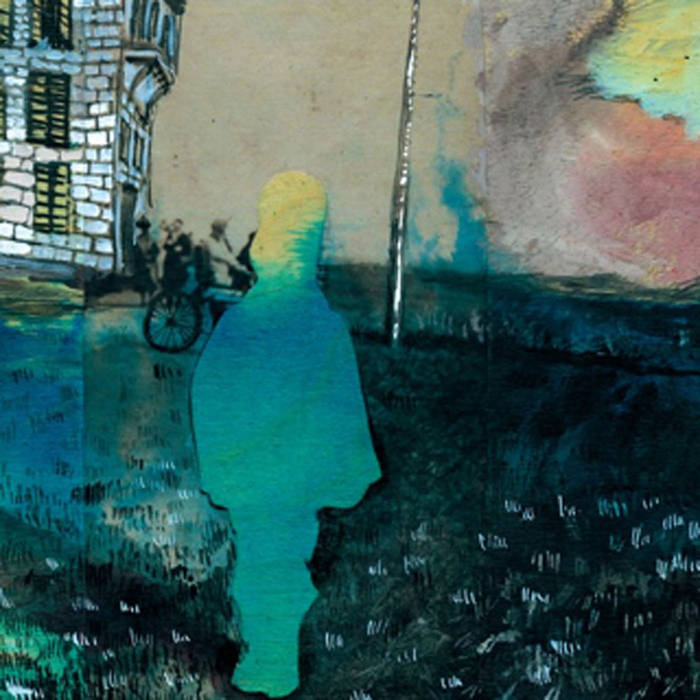 Recorded and Written at home by Caleb & Colleen
Shonny Baby Cry Cry played on RV 1905 3,4,7,8
This album is dedicated to Yevgeny Zamyatin, Brahm, Echo and Spirit
any Correspondence can be directed to: bigblood24@yahoo.com or
kinsella/Mulkerin 65 Preble St. EXT. Ferry Village South Portland, Me. 04106
Thanks to Ted Lee and the Feeding Tube Family

From Feeding Tube Records:
This is only the second proper full-length LP by this Portland Maine-based duo, although there are vast arrays of CDRS and split releases littering their wake. After spending time with both the cosmically-shifting Cerberus Shoals and the folkily psychedelic Fire on Fire, Caleb Mukerin and Colleen Kinsella decided to opt for something more personal and hermetic. Thus, we have Big Blood. The band’s multi-phasic discography has thus far reminded people of everything from the Parson Sound to Opal to Portishead at different moments, yet none of these thumbnails comes close to capturing the elegant mystery of their essence. Sometime electric guitar lines weevil hauntingly in the aether while acoustics strum quietly up front. At other points, muted chimes of freedom push against vocals and cloppety rhythms that recall White Noise’s “Making Love Without Sound”. Still others vibe early Comus or The Third Ear Band. In all, the scent of smoke hangs as heavy over this record as any we’ve heard. And friend, we’ve heard a few. -Byron Coley, 2013\

Dontrustheruin Records, specializing in low tech/hi tech handmade one of a kind art and music production.

Bandcamp Daily  your guide to the world of Bandcamp